How much luggage do 4 people need to travel to Rhode Island for 3 days. A lot, apparently.

This past weekend, our family flew to our nation’s tiniest state to attend a wedding and family reunion. It was a whirlwind 3 days! I’m not going to lie…I was pretty anxious about this trip. We were trying to pack a lot into a few days. There was going to be a lot of running around (which I don’t handle well), Greyson was getting over an ear infection and a case of hand, foot and mouth. And I was just waiting for Fynnlee to catch the virus and be miserable for the whole trip. But it was a lot better than I expected. Fynnlee didn’t get HFM, although she did end up with an ear infection as well. And the kids were pretty awesome about being schlepped all over the state. I honestly don’t give them enough credit.

Our flight was at 6:30 am (which we are never doing again, according to Jerry) and the whole family was up and ready to go by 4:30. The only upside to having kids who like to wake up for the day in the wee hours of the morning…they have no problem handling early flight times.  Our air travel was broken up into 2 legs, each were an hour. Jerry got “the good baby” for both legs and they both basically slept the whole time. 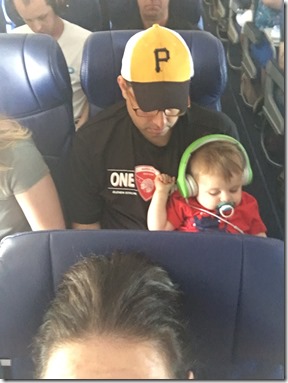 I got “the drama baby” and she didn’t sleep at all. You’re shocked, I know. 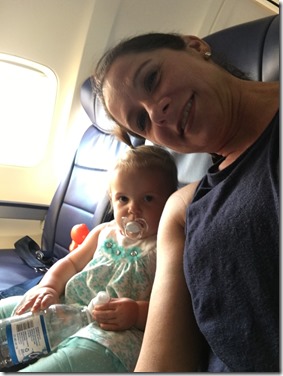 She was pretty much a rockstar for both flights and while she didn’t sleep, she also didn’t scream. We read books, played with cups, watched some Mickey Mouse and looked out the windows. It helped that neither flights were full.

We went straight to GGs when we arrived in Providence and played with GG, Grandma, Papa & Aunt Steph for a few hours.

Then it was off to our hotel to try and get a good night’s rest.

Saturday we woke up and got ready to go to Aunt Bette’s house. Jerry and I were going to a family wedding Saturday night and she, along with cousins Sydney and Kendall, graciously offered to watch the Beans.  They sent us pictures during the day and the kiddos had a great time!  Fynnlee wore herself out from playing so hard.

They took trips around the neighborhood in a wagon

And ate yummy pizza for dinner.

While the kids were playing, Jerry and I watched his cousin Joseph marry Jessica. It was a lovely ceremony and her dress was one of the most beautiful I’ve seen. Seriously, that beading…

We clean up well

Aunt Bette indicated she thought Fynn might have an ear infection as she was tugging on her ear all night and was pretty fussy at times. We woke up Sunday morning to some yellow gunk draining out of her ear and after a call to our pediatrician, she thought that her ear drum might have ruptured.  Yes, I completely freaked out and almost dropped the phone. I was ready to rush her to the emergency room. Dr. Mary assured me that it was quite common for a pin hole to form in the eardrum and release pressure when an ear infection is undiagnosed. So they called in a prescription for her, I gave her some motrin and we got ready to enjoy the Soscia Family Reunion!!

Jarrad’s cousin’s Paul and Diana were gracious enough to host the whole family at their home in Mass. It’s unbelievable beautiful and I did an absolutely horrible job taking pictures. (I was kind of off my picture game all weekend) There was a lobster/clam boil with some of the freshest seafood I’ve ever had. I ate my weight in clams and lobster.

Not a real lobster. I failed to take a picture of the real thing.

The kids had a great time meeting their family 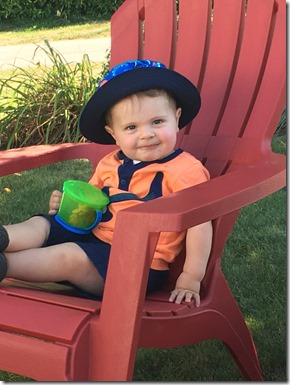 And we had a picture perfect day.

Jerry had to fly to California Sunday evening for a business trip so we headed back to the hotel to get a good nights rest.  We were flying home on Monday and I was dragging Aunt Stephanie with us!

The Beans woke up at 4:15 and were wide awake. So while the rest of the world slept, we took baths!

And had breakfast in bed.

We walked 29874 laps around the parking lot once the sun came up. 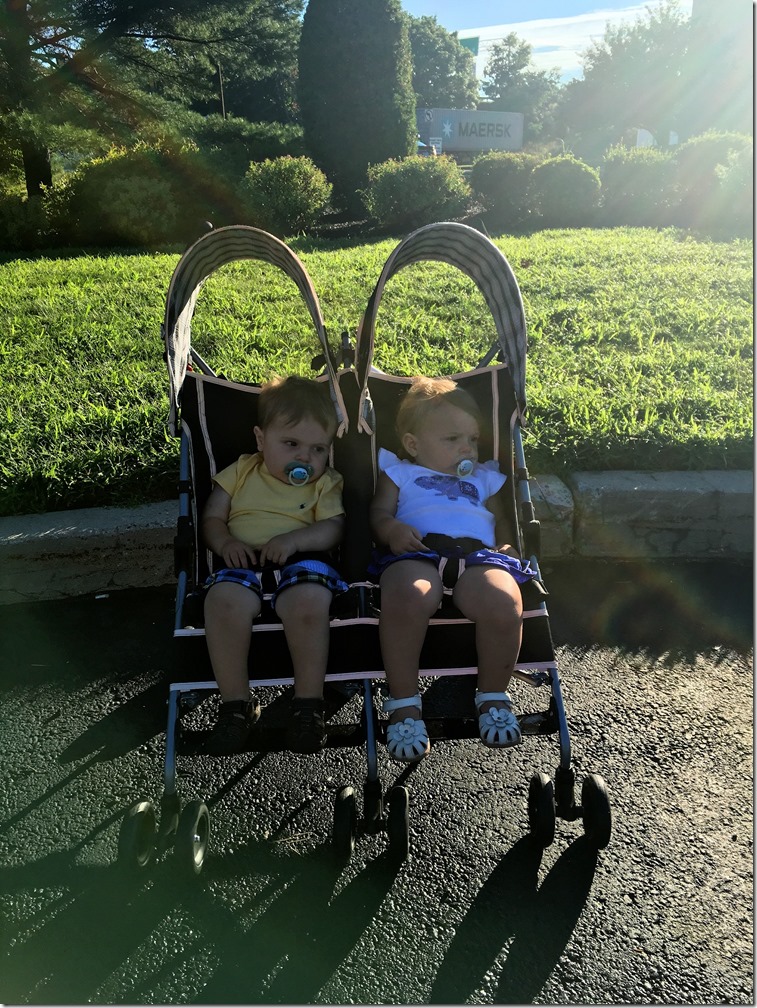 They hold hand a lot these days and my heart can hardly take it. 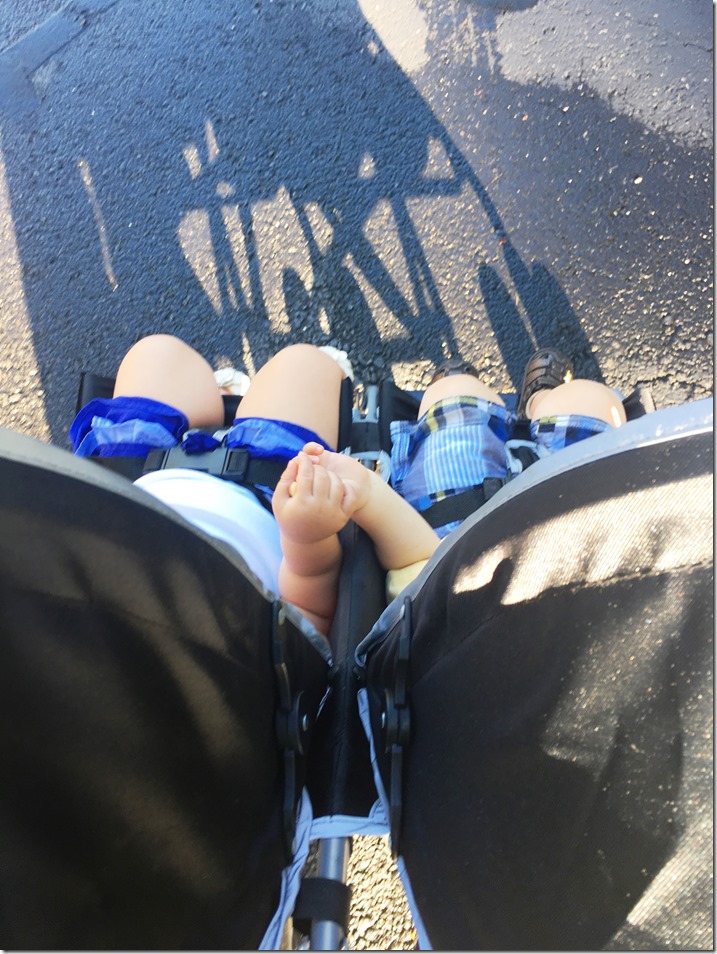 Travelling with toddlers isn’t for the faint of heart. Aunt Stephanie loves her niece and nephew A LOT to take on this trip with me. 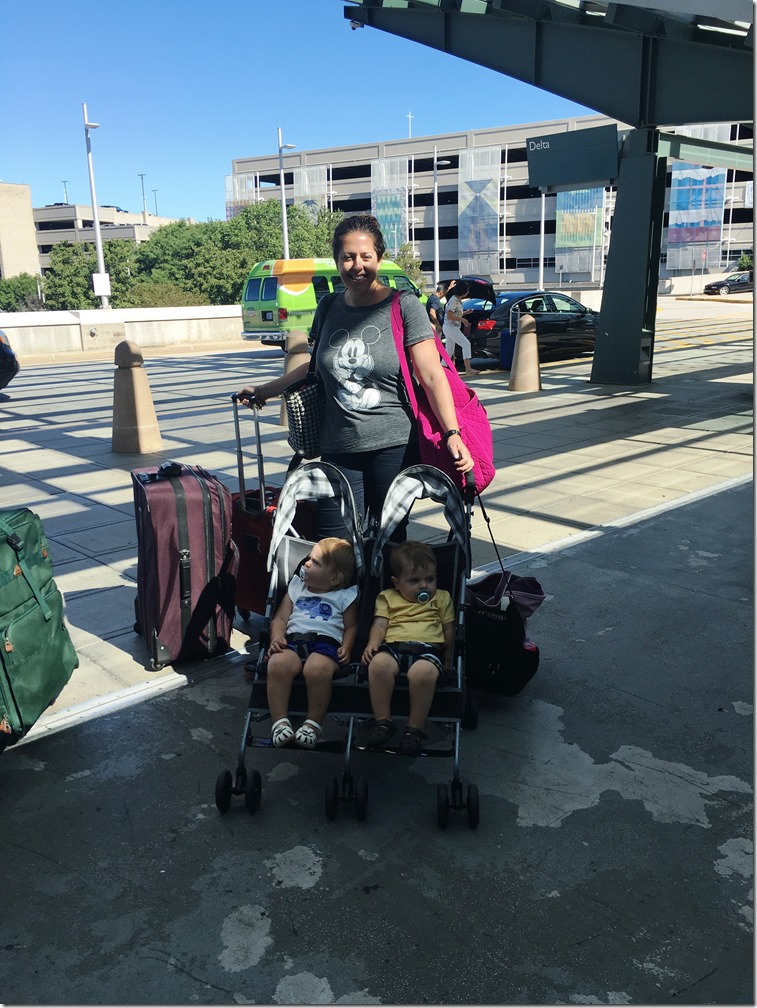 First leg, no problem. It pretty much went like this (awesome photo bomb). 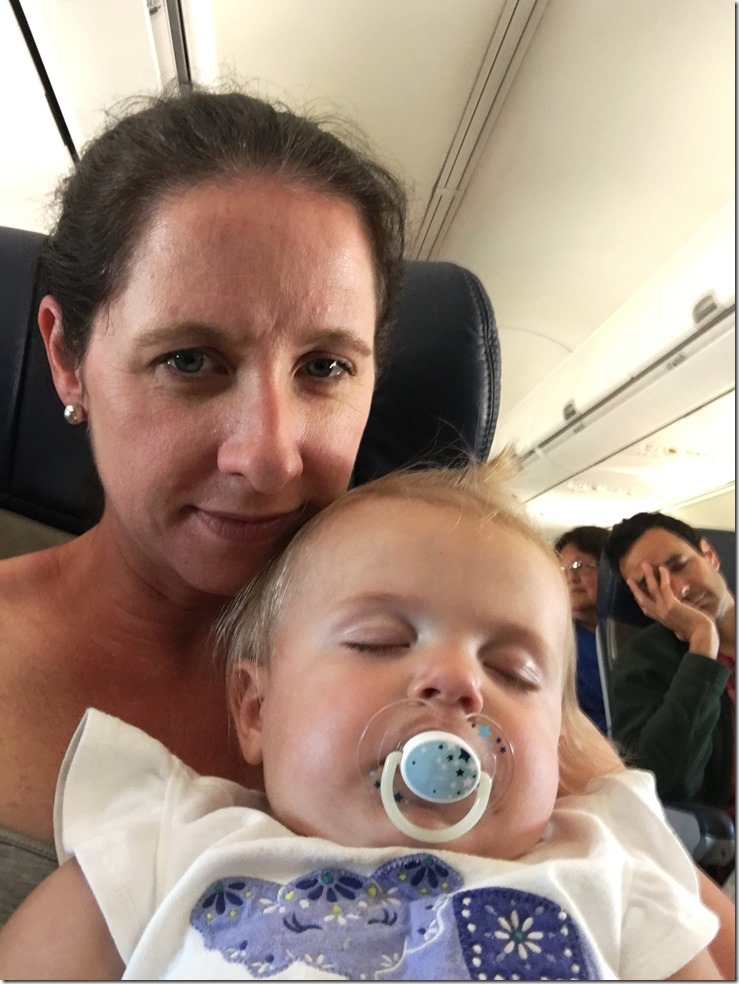 The second leg was a little more crazy as they were both awake. But they were pretty well behaved and we made it back home in one piece.

Jerry didn’t get home until late Wednesday and Aunt Stephanie flew back home on Tuesday. So the Beans and spent a lot of QT at home. 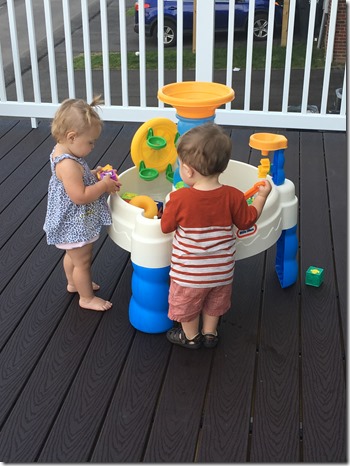 And eased back into our routine.

It took 2 days but we’re back to normal sleeps. Fynnlee wakes at 5 and Greyson at 6.