Friday started off the big birthday weekend at Grandma & Papa. Aunt Stephanie & GiGi arrived in Pittsburgh around 4, just in time for us to get out of work/school. 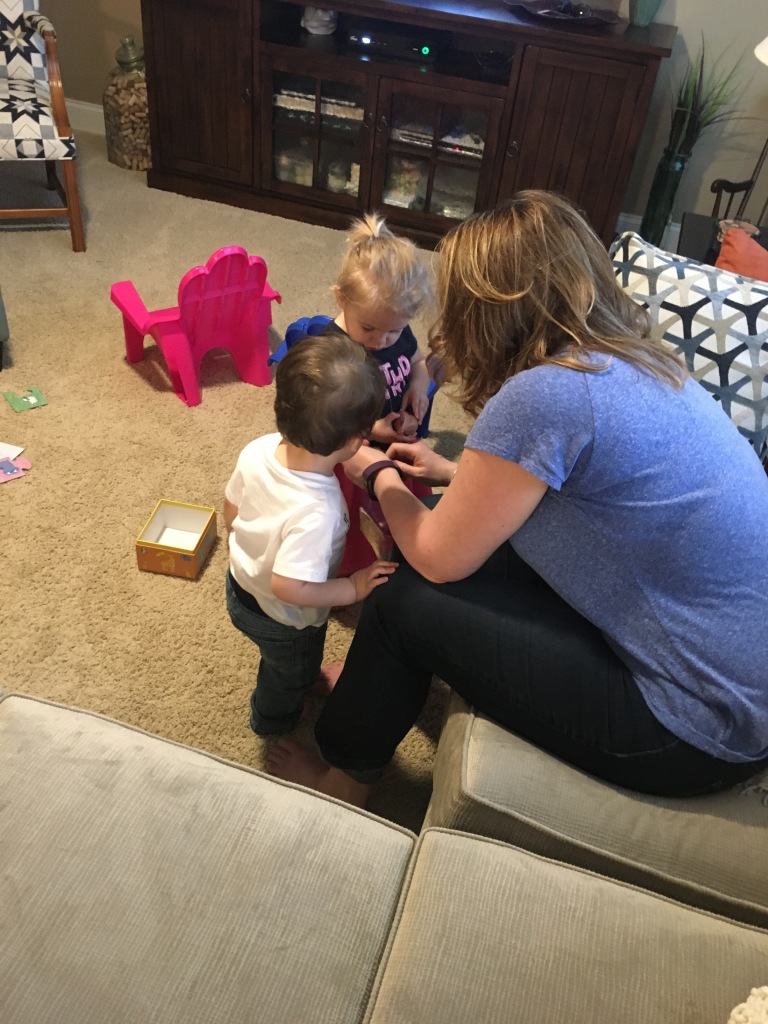 The Beans had some dinner.

Grandma’s soup is their favorite.

And then Fynnlee injected herself into the adults dinner, as always. 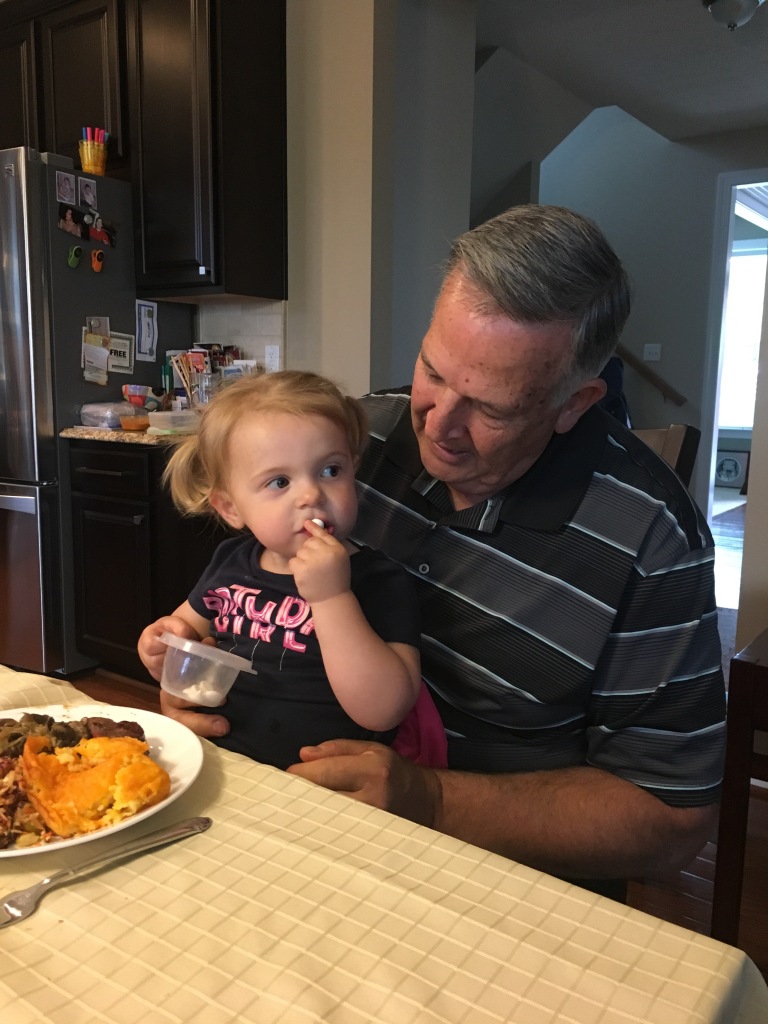 It rained most of the morning and we were afraid it was going to be a washout, but lucky for us…the sun showed up! And we had the cutest little deckhand helping to clean up the water.

We ate lots of food. 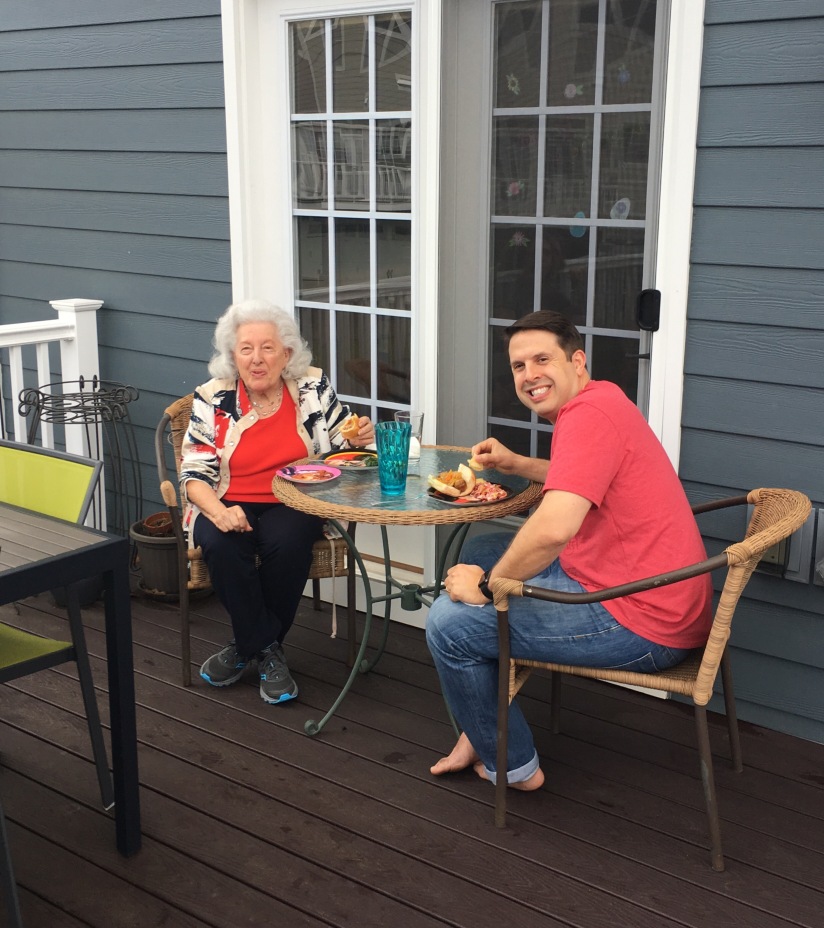 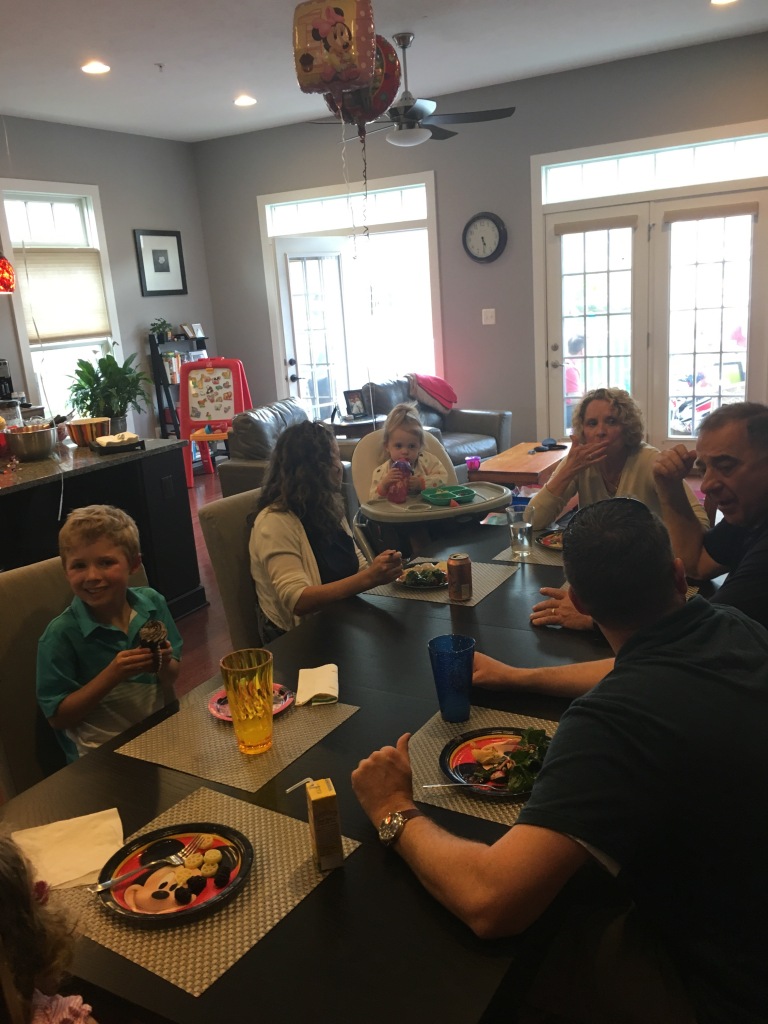 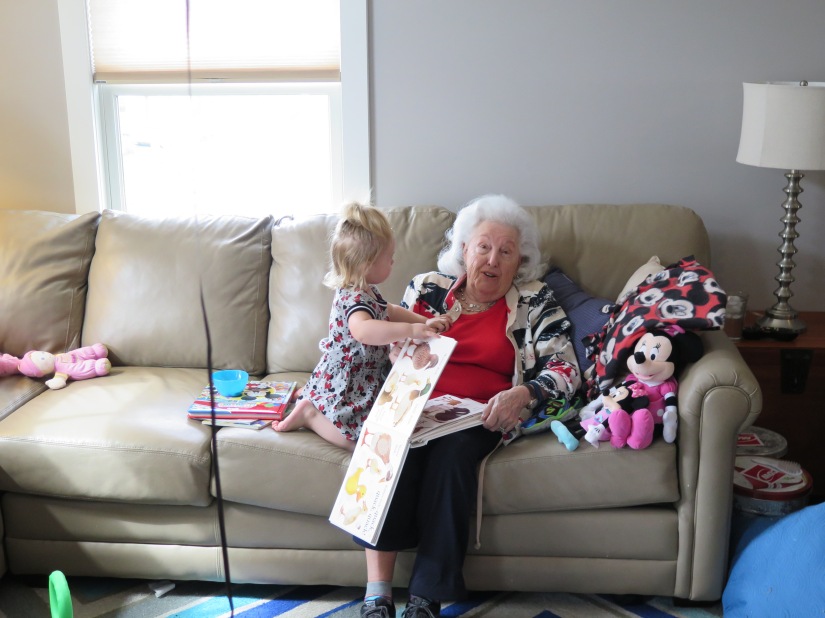 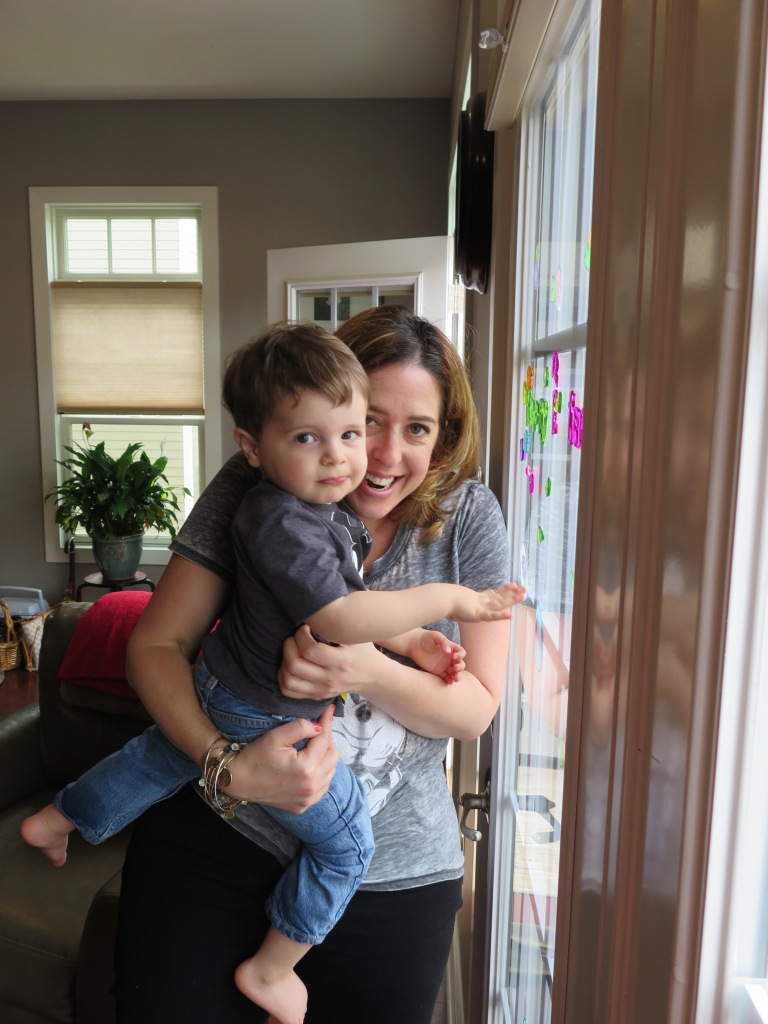 We attempted some family photos…

Who thought balloons were a good idea?

We got one good one.

Getting posed pictures with two year olds is proving to be a bit of a challenge.

Too many new toys to play with!

Fynnlee decided she was over pictures. 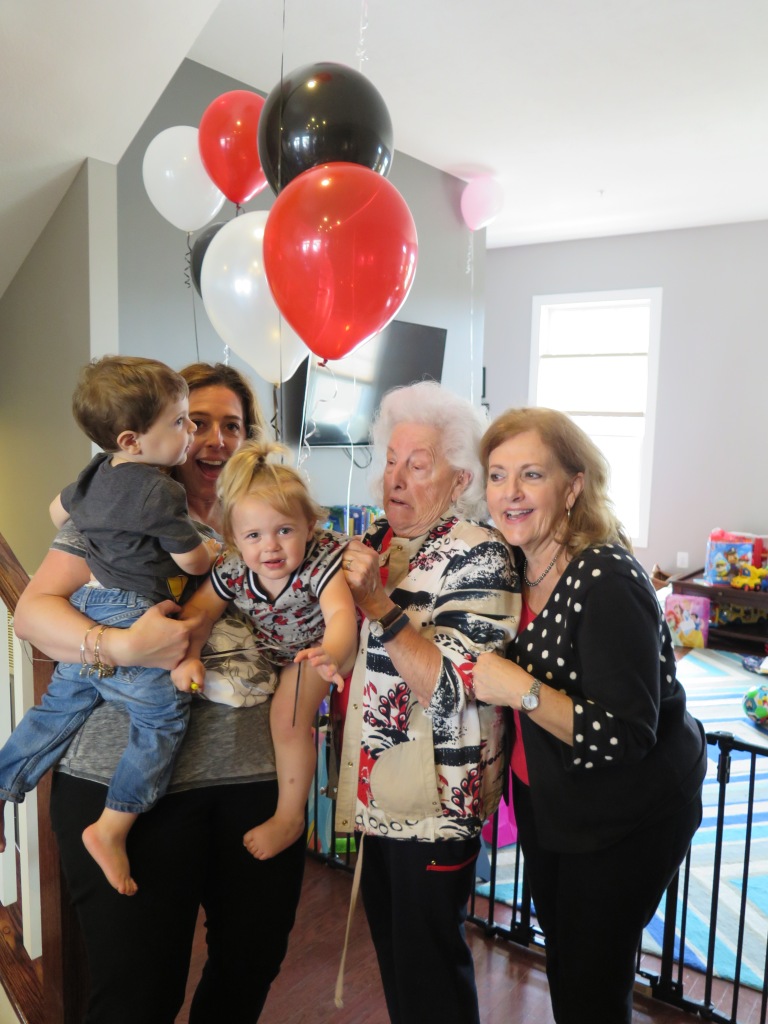 Jerry and I bought them these bikes which are proving to be a huge hit!

Their actual birthday and another celebration with Grandpa Jim & Grandma Anna. It was a beautiful sunny (and hot!) day. 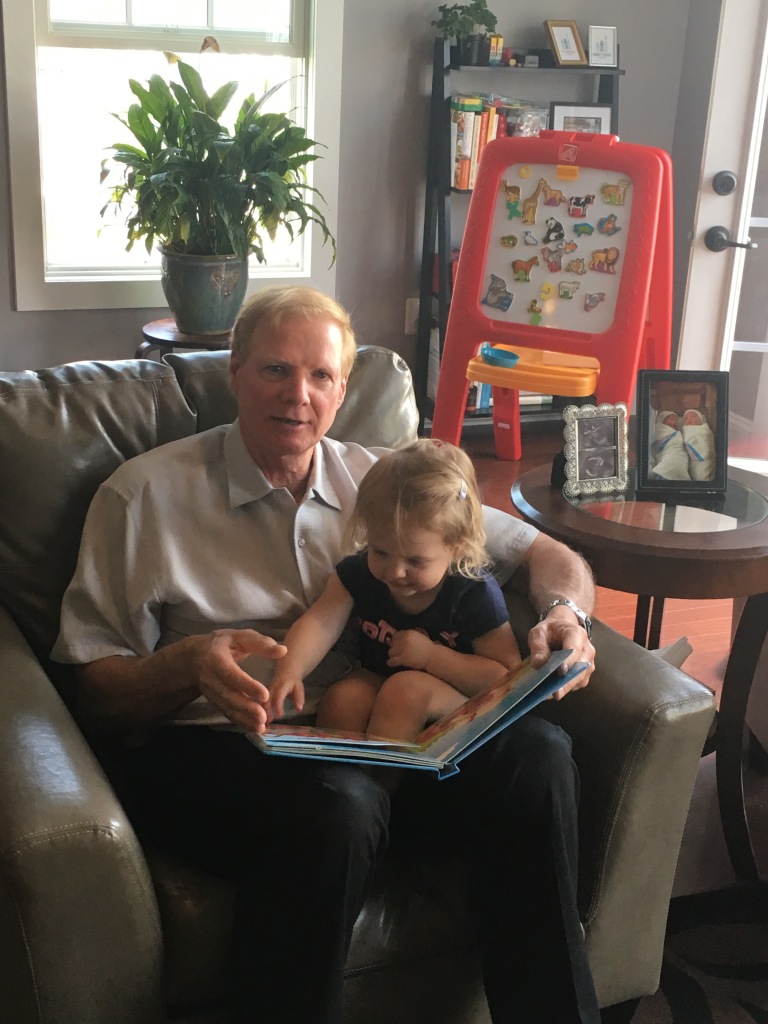 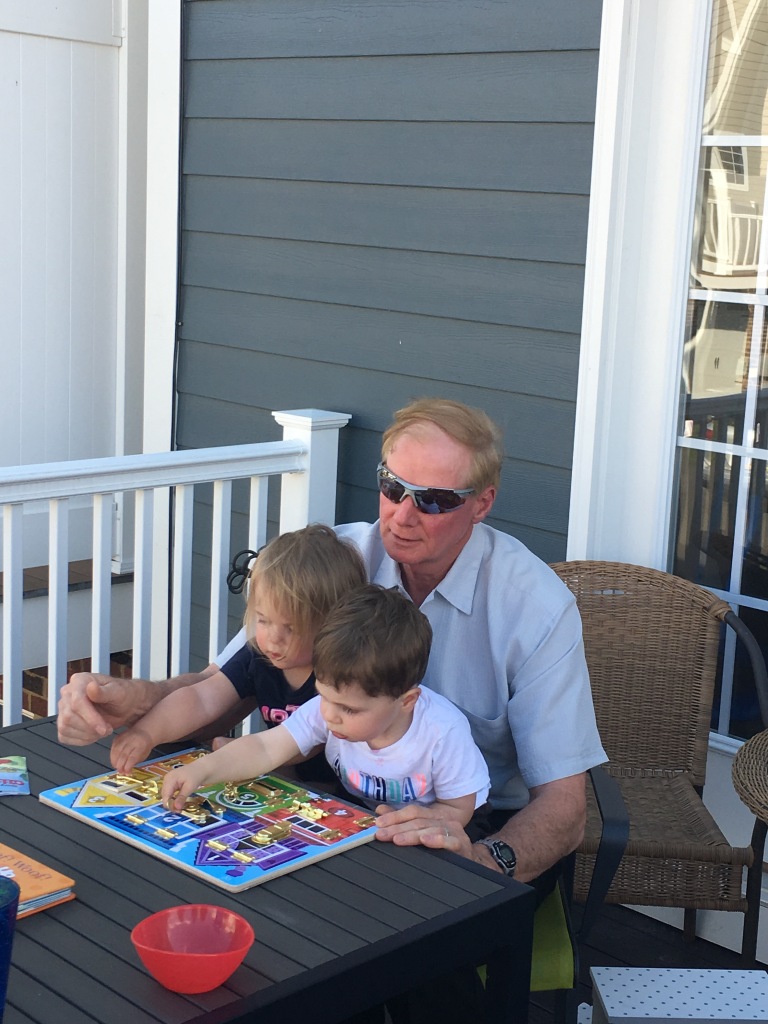 It was a whirlwind of a weekend and these Beans were so lucky to be surrounded by so much love and family.